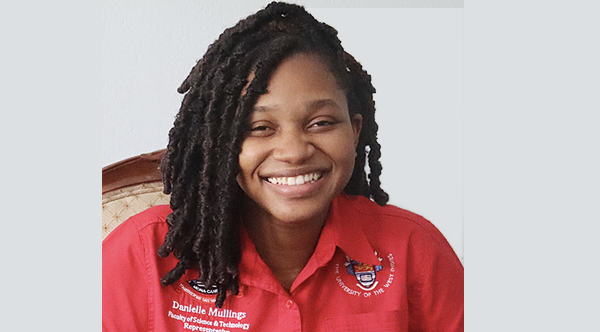 "We will discuss a range of youth issues," Mullings told UWIMONA Now two days before the show aired. "It's all about bringing that perspective from our generation on some topical issues, such as youth migration, mental health and wellness, personal branding and how to use social media to build that brand. The show will also focus on issues such as male marginalisation, women in leadership, and leadership in general, among other things.
"It's a talk show where we discuss and bring on different young persons to get their views as well. Of course, we'll have Instagram and Twitter polls that we'll put in to get responses from even more young persons across Jamaica," she added.

Mullings said this "amazing" opportunity couldn't have come at a better time. "I've been interning at TVJ since high school, doing production assistant work. I've helped to make a lot of the documentaries that are on TVJ such as the Windrush Generation and the School Challenge Quiz features in the 60th year, and so I've always dreamed of having a show," she said. "I'm also actively engaged as Guild President now, and to be able to create that space for young people in media to see themselves, to hear their issues being spoken about and to also be included as that conduit for young people to share their experiences, it's amazing!" she added.

Co-host and co-producer, Chad Rattray echoed similar sentiments. His invitation to join the show was not by accident. Rattray, a "frequent visitor" on several of the station's programmes due to his ongoing involvement in various youth initiatives, was invited by the management team to be part of Gen Zed.
"I took this show with such humility. I never saw myself hosting a programme so that was pretty interesting," he remarked.
"I am doing public speaking, and motivating and empowering young people; this is an opportunity to expand that and amplify the work that I've been doing in terms of advocacy, etc., but doing so in a new way, through edutainment, and for young people to be inspired. That's what I want at the end of the day," Rattray said.

While neither youth leaders are pursuing degrees in media, both are confident that they have garnered enough transferable skills through The University to be successful in their roles. Mullings, the more seasoned of the two, is pursuing a minor in Film Studies, in addition to her media internship experience. "I use some of the elements I am learning in Film Studies class. I also apply what I learned as an intern [and] I use some of what I think could be in the space, and it's just about growing and evolving day-by-day," she said.

Rattray believes his law degree and co-curricular activities will aid in his success on Gen Zed. "The skills that I've garnered from pursuing a law degree at The UWI has allowed me to be able to assess issues critically," he noted. In addition, he is involved in a number of youth initiatives which gives him an added edge. Among his many co-curricular activities is his role of Youth Advisor for the Youth Advisory Council of Jamaica, and his post as president of the Jamaica Millennium Vision for Youth.